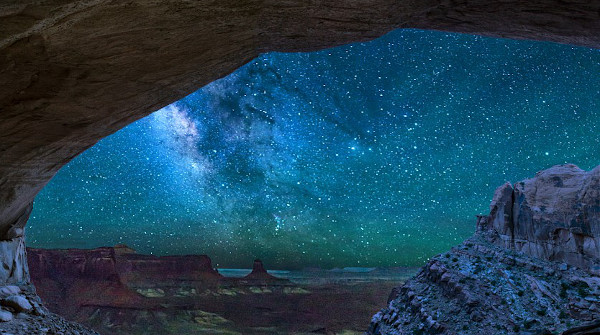 I want to thank Dan for directing the group toward some of Al Sears writing. I'd be happy to post the book that I downloaded but cannot because of copyright protection. But anything posted on the web is free game.

Dan asked some interesting questions. Let's take a stab at them:

Okay, let's tackle these one at a time. Technically all of us are aliens. None of us originated here on planet Earth. Each one of us are immortal beings and came from an eternal source where all that exists is an eternal present. We have passed in and out of many systems of creation but as far as the system of creation goes most of the people here are native to planet Earth or the Moon Chain. There are a handful of transplants from other solar systems but their numbers are few. The exact ratio and number is not given. Transplants from other systems come here to either serve humanity of their own free will or to pay off karma through service. Then there is a small number of negative entities that come here in the service of Dark forces. Little is said or known about them but these will not be substantial leaders of the Dark Brotherhood. Any substantial Dark alien leaders will work from behind the scenes unless there is a great victory on their side. Then those with low vibration will be able to incarnate.

So let us pray that the door to evil will be shut and not open enough to allow another Hitler to materialize.

Dan asked about super aliens. Aliens which have evolved above the rank of a master sometimes incarnate or visit here to assist with significant change toward the Light. If they incarnate they will work as an avatar. If they visit they will merely assist the Brotherhood of Light in their work. The numbers of these type of beings are few. Maybe only one will incarnate every few thousand years; but quite a few more will visit and assist.

Next Dan asked about incarnated superhumans. By superhumans I assume you are referring to incarnated masters. There are a handful in incarnation but the number is not given. I would guess the number would be around a dozen.

"What are the approximate incarnated ratios of Dark, Light, undecided in all categories?"

The opposite to a master in the Brotherhood of Light is not in incarnation at present. The closest we have seen to this was Hitler who was a high disciple of the Dark Brotherhood but he was not a master. Basically the Dark Brothers are restricted to working through their pawns and disciples. Stalin, for instance, was more of a pawn than a disciple who had knowledge of what he was doing. Stalin really wanted power, and the Dark Brothers were happy to use him in any way that forwarded their interests.

By undecided I assume you mean anyone that hasn't made a definite choice to serve the Brotherhood of Light. Over 50% of the people think they have made such a choice but over 99% of the people have not. Even people of good intent do not understand the choice between Dark and Light. The average person really thinks the choice lies in the words Dark and Light. It does not lie in the words but in the principles behind the words. A seeker must first understand the principles of Light and Dark before he can make a choice. Until that time comes the wool is pulled over his eyes by Dark forces and even many people good intent are used as pawns by them. The main work of the Brotherhood of Light is not to convert the masses to seeing through their eyes, but to present a plan that the people of good intent will accept. They also seek to place leaders in key locations so they can influence the world in the right direction. That direction will not be perfect but it is hoped that it will move the people forward.

The problem is when the Brotherhood of Light implement a plan, the Dark Brothers immediately proceed to do everything in their power to sabotage it. For instance, the war in Iraq was supported by the Brotherhood of Light to bring freedom to the Iraqis in the hope of creating a domino effect for democracy in that suppressed region. But immediately the Dark Brotherhood went to work to sabotage the effort. Even now, the economic collapse fulfills part of their plan to continue destabilization in the Middle East. We may be forced to withdraw because of lack of money to continue the mission. If this happens we can only hope that the Iraqis can govern themselves successfully. On the other hand, the Dark Brothers will seek to install another Saddam Hussein. An alternative would be to have Iran conquer Iraq and create a middle east superstate controlling the oil.

"What are the approximately incarnated ratios of those humans that have decided to those that haven't?"

There are many that lean toward deciding for the Light but a definite decision is not made until the third initiation. Back in the 20's or 30's DK [Djwhal Khul] said that number was around 320. I would guess that number today is around 1000. On the other hand, there are many thousands perhaps several million that see the Light with enough vision to lean toward it in most cases. However when the going gets tough that's when you see the difference between a true disciple and an aspirant.

"How many (and which) basic divine truths -- like the idea of an illumined hierarchy of guides/teachers (Illuminati, one-world gov't, etc., other hot-button emotion-ridden buzzwords) -- have the Dark ones seized upon and distorted to their own use (human devolution) such that we do their divisive work for them?"

They have seized and distorted all of these things and more. When the Brotherhood of Light presents an ideal or truth to humanity the general population will at first resist it but later embrace it. When the Dark Brothers see humanity embracing a good ideal they do everything in their power to turn its reality upside down and cover it with illusion.

Just one prime example is the teaching of Jesus to take care of the poor. Jesus said that those who have should give to those who have not. This is good. Many Christian churches have done everything in their power to fulfill this injunction. But the Dark Brothers have come in and turned this advice around in this manner. Instead of the rich giving to the poor, they have concocted a plan for the rich to give to their agents who will supposedly give to the poor. This idea is accepted by many people as fulfilling the injunction of Jesus. But Jesus did not say give to Caesar so Caesar can give to whoever Caesar wants to give to. Instead he said render unto Caesar the things that are Caesar's. Our money does not belong to Caesar. Especially money that belongs to the pure in heart who want to help the poor does not belong to Caesar to give to who he dictates to be the poor.

This idea that Jesus would support the modern Caesar's in seizing money from the rich to give to the poor is a great illusion. For one thing such a plan does not help the poor. Often times the commission taken by Caesar is as high as 80% or more. Even the most selfish of people would be happy to give a few dollars to the poor if they could take an 80% commission. The Dark Brotherhood loves this idea and that is what many people today call socialism which is one step away from enforced communism.

The Brotherhood of Light seek to establish a system where all who are willing to do their share will have their needs taken care of. But it will be a system where people contribute through their free will.

On a different note, Tom asked a question directed toward improving his health. He has had many health problems, and the doctors did not seem to help. What can he do?

I've given him some advice from a distance, but when it comes down to it whether or not we have good health is largely up to us, and what we do with what we have. I grew up on a very bad diet of sugar, lard, meat, potatoes; and, into my high school years I found myself always feeling out of sorts. I didn't seem to have anything wrong you could put your finger on, but I often just felt strange like I was going to pass out. Now in hindsight I see that what the problem was, was that I ate way too much sugar in my blood sugar level was off.

Finally I decided to take control of my own life I started reading books on health. This I did during my first year of college and I immediately concluded that I needed to quit eating refined sugar and refined white flour. This I did and within a few months I started feeling better than I had ever felt before and never had that weird passing out feeling again because of lack of nutrition. Since then I have followed the popular fads and trends in diet and health and take the things that I believe will benefit me the most. This is what Tom or anyone else with a problem must do. They must search and study everything connected with what could be wrong with them, paying particular attention to natural medicine and methods. When you find something that will apply to you, if you're sensitive, you will feel an internal message from your soul to make some changes. This is what happened to me with sugar and refined flour. I felt an internal message to make that change and greatly benefited therefrom.

If you don't know the first place to search, then just read a couple good general books on natural healing. Then after you do this pay attention to areas that seem to touch your soul and explore them more. This could be certain types of diet and exercise or healing methods. Don't expect miracles, even though miracles may come, but proceed forward and only good will be the end result.

Often times a search for a cure or improvement in health will wind up leading a seeker toward embracing the Light and following the highest he knows.

One of the basic differences between the Masters who have overcome death and us ordinary mortals is that their word is always to be trusted and their promises are to be relied on.