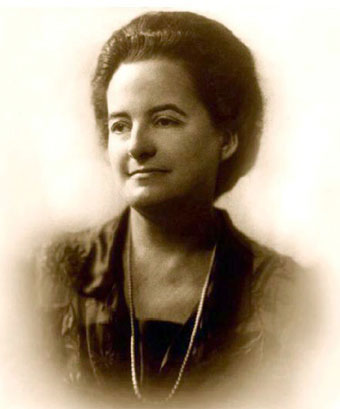 This page is about the writer Alice A. Bailey. Quoting from Wikipedia:

Alice Ann Bailey (June 16, 1880 – December 15, 1949) was a writer of more than twenty-four books on theosophical subjects, and was one of the first writers to use the term New Age. Bailey was born as Alice LaTrobe Bateman, in Manchester, England. She moved to the United States in 1907, where she spent most of her life as a writer and teacher.

Bailey’s works, written between 1919 and 1949, describe a wide-ranging system of esoteric thought covering such topics as how spirituality relates to the Solar System, meditation, healing, spiritual psychology, the destiny of nations, and prescriptions for society in general. She described the majority of her work as having been telepathically dictated to her by a Master of Wisdom, initially referred to only as “the Tibetan” or by the initials “D.K.”, later identified as Djwal Khul. Her writings bore some similarity to those of Madame Blavatsky and are among the teachings often referred to as the “Ageless Wisdom”. Though Bailey’s writings differ in some respects to the Theosophy of Madame Blavatsky, they have much in common with it. She wrote on religious themes, including Christianity, though her writings are fundamentally different from many aspects of Christianity or other orthodox religions. Her vision of a unified society included a global “spirit of religion” different from traditional religious forms and including the concept of the Age of Aquarius.   -Wikipedia

Articles and Posts  about the writings of Alice A. Bailey

Alice A. Bailey’s Laws By The Numbers

Search the writings of Alice A. Bailey