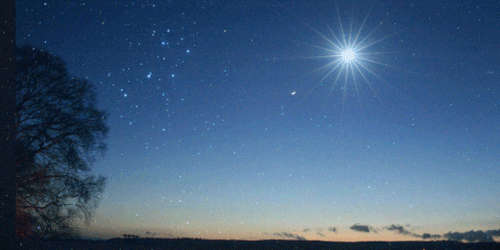 A major doctrine of Christianity is the forgiveness of sin. One can have the negative consequences of one’s past action nullified as if they had never happened. In the New Testament we have a number of examples of Jesus appearing to forgive sins, for example:

Some men brought to him a paralyzed man, lying on a mat. When Jesus saw their faith, he said to the man, “Take heart, son; your sins are forgiven.    Matthew 9:2

This is a concept that is also not alien to Judaism from which Christianity springs, for example from Exodus:

“The Lord, the Lord, the compassionate and gracious God, slow to anger, abounding in love and faithfulness, 7 maintaining love to thousands, and forgiving wickedness, rebellion and sin. Yet he does not leave the guilty unpunished; he punishes the children and their children for the sin of the parents to the third and fourth generation.”    Exodus 34:6-7

“…he does not leave the guilty unpunished”

That is something that we will need to reconcile later. From Jeremiah:

“This is the covenant I will make with the people of Israel
after that time,” declares the Lord.
“I will put my law in their minds
and write it on their hearts.
I will be their God,
and they will be my people.
34 No longer will they teach their neighbor,
or say to one another, ‘Know the Lord,’
because they will all know me,
from the least of them to the greatest,”
declares the Lord.
“For I will forgive their wickedness
and will remember their sins no more.”
Jeremiah 31:33-34

Contrast this with the doctrine of karma which is most basically a law of cause and effect,  or”what goes around comes around.” Religions that believe in a law of karma (cause and effect), mostly Eastern religions like Hinduism and Buddhism, also believe in the concept of reincarnation, a cycle of birth, death, and rebirth (Saṃsāra).

Alice A. Bailey writes in Esoteric Healing, Part One – The Basic Causes of Disease:

“The law of cause and effect, called Karma in the East, governs all this.  Karma must be regarded in reality as the effect (in the form life of our planet) of causes, deep-seated and hidden in the mind of God.  The causes that we may trace in relation to disease and death are in reality only the working out of certain basic principles which govern—rightly or wrongly, who shall say?—the life of God in form, …”

And in From Bethlehem To Calvary:

Justice can be forgiveness when the facts of the case are rightly understood, and in this demand of the crucified Saviour we have the recognition of the Law of Justice, and not that of Retribution, in an act at which the whole world stands aghast. This work of forgiveness is the age-long work of the soul in matter or form. The Oriental believer calls this karma. The Western believer talks of the Law of Cause and Effect. Both, however, are dealing with the working out by a man of his soul’s salvation, and the constant paying of the price which the ignorant pay for mistakes made and so-called sins committed. A man who deliberately sins against light and knowledge is rare. Most “sinners” are simply ignorant. “They know not what they do.”

Is it possible that the truth is somewhere between, that karma or a law of cause and effect takes place, but depending on circumstances that law can be nullified? What are your thoughts?

Law of Cause and Effect