Is God perfect? Is the world perfect? If your answer to the second question is “no,” or better yet, “Hell no!,” does that tell you anything about what your answer should be to the first question?

If God was truly perfect why did it not create a perfect world, a world without pain and sadness, without birth and death? Maybe the answer is because it could not create such a world.

Maybe God did not know how to create such a world? Maybe the creation of such a universe is impossible, even for God?

In physics String theory predicts a large number of possible universes. The idea is that this universe with all of its laws and physical constants is not the only possible one. Depending on the potential characteristics of a universe it may, or may not be conducive to life. It may be that a universe where all of these characteristics fall into the right values for life may be very, very improbable.

The late Sir Fred Hoyle, admittedly a controversial figure in science who derisively coined the term “Big Bang,” theorized that many constants in nature must have been “tuned” to support the existence of life. This is the idea of intelligent design.

Hoyle authored original research on how elements heavier than helium were synthesized in nuclear reactions deep in the heart of stars. Without the synthesis of heavier elements life as we know it could not exist.

One of those heavier elements so necessary to life is carbon. Before Hoyle there was not a good explanation for the huge abundance of carbon in the universe. Hoyle proposed that if the carbon-12 nucleus had a resonance of 7.7 MeV then the productivity of carbon could be a billion times greater than previously believed. This resonance, a constant in nature, appears to be necessary for life to exist in the universe.

Would you not say to yourself, “Some super-calculating intellect must have designed the properties of the carbon atom, otherwise the chance of my finding such an atom through the blind forces of nature would be utterly minuscule. A common sense interpretation of the facts suggests that a superintellect has monkeyed with physics, as well as with chemistry and biology, and that there are no blind forces worth speaking about in nature. The numbers one calculates from the facts seem to me so overwhelming as to put this conclusion almost beyond question.” — Fred Hoyle, ”

The Universe: Past and Present Reflections.” Engineering and Science, November, 1981. pp. 8–12

The basic thesis is that many constants, like the one above for carbon, are required for life to exist. You may or may not accept that as evidence for the universe being the product of intelligent design. In the overall picture it makes sense to me.

The possible number of equations and possible constants are probably beyond human calculation at the present time. Perhaps the “super-calculating intellect” that Hoyle referred to came up with the best possible answer given its present knowledge?

Maybe we, as God in incarnation in this imperfect universe, have some role in making it more perfect. Maybe our job is to improve on the original work, to be God’s agents for further perfection. I doubt though we will ever see perfect perfection. That may be too much even for God.

Is there a concept of a rational God that we can believe in? One of the greatest obstacles to a belief in a divine being in this scientific age is the apparent conflict of belief with reason. It seems like a lot of people compartmentalize their lives into the rational part that believes in the dictates of science, and the religious part that believes in magical beings. They switch their consciousness effortlessly between these “compartments” depending on the circumstances, perhaps only vaguely aware of the inherent conflicts betweens them.

Before you can really begin to investigate this problem you have to first figure out what you actually mean when you say “God.” As George H. Smith writes:

Knowing what one is talking about is of inestimable value in any dialogue, so the theist, before he sets out to explain why we should believe in god, must first explain what he means by the word “god”.

Unfortunately the many attributes associated with the Christian God are hopelessly imprecise, contradictory, and in the end mostly unintelligible. For example most Christian theologians attempt to defend these three aspects of God:

END_OF_DOCUMENT_TOKEN_TO_BE_REPLACED 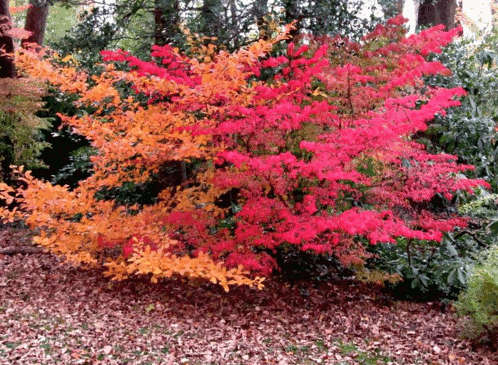 Anne Foerst writes in “God in the Machine: What Robots Teach Us About Humanity and God“:

“What does it mean to be human? How can humanness be defined? Can we ever come up with criteria that distinguish us from animals – or, for that matter, from robots? And what exactly is our place and our purpose on this planet, in our sun system, in the universe? Are humans special, or are they just another random species on an insignificant planet?”

As computer scientists make great advances in the field of Artificial Intelligence the day looms when such questions may become crucial. No one knows when our technology will reach the point of either reproducing real intelligence, or mimicking it so accurately that even experts may have difficulty discerning the difference.

As early as 1950 Alan Turing proposed the possibility of creating a test to distinguish between human and machine intelligence. Today this is known as a Turing Test and various forms have been devised for commercial use on the Internet to try to weed out “bots,” or computer programs that attempt to imitate humans in leaving comments with thinly disguised spam to sell everything from smut to stocks.

One has to wonder if there might be a possibility of a kind of Turing Test for God. After all, if you were hiking in the Rocky Mountains and a bush started to glow and a voice came out of the bush, would you have a good trick question or two to ask in order to make sure that the voice was the genuine article?

In Exodus 3 Moses has a pretty good question. He asks God what his name is. Apparently names had very significant meanings in ancient times so his question may be far more penetrating than we would at first suspect. The traditional translation of the original Hebrew is that God replied that, “I AM THAT I AM.” Exodus 3:14

Some hold that “I AM” signifies God’s unchanging, and perhaps unfathomable nature. In the footnotes of the NIV translation they give an alternate answer which is, ” I will be what I will be.” This reflects the fact that the verb is in the future tense.

Author Joseph J. Dewey writes that he believes that Moses understood the answer to be something like, “I am becoming that which I decide to become.”

“Here is how they translate the name in Exodus 3:14:

“What about his name? What shall I say to them?

Then Elohim spoke to Moses: I shall come to be [just] as I am coming to be. And He said thus shall you say to the sons of Israel, I shall come-to-be has sent me to you.”

Then the translation has a footnote which reads:

“I shall come…coming to be, literally I AM BECOMING WHO I AM BECOMING, or traditionally rendered as I AM THAT I AM, the name Yahweh is derived from this verb meaning BECOME, BE or COME.”

“One thing we know for sure. God did not tell Moses that He did not exist, but will exist in the future. Nevertheless the future tense even makes sense in light of the true meaning mentioned in The Immortal which was: ‘I AM BECOMING THAT WHICH I DECIDE TO BECOME.‘”

“When you make a decision around some goal of becoming that decision relates to what you will be in a future time or what you shall become.”  Joseph J. Dewey, I AM BECOMING

Perhaps unlike the static, unchanging “I AM” vision held by a majority of believers, God is a being that is always becoming something new, evolving, and changing with its creation? Perhaps even more revolutionary is the idea that God was not always the God that we imagine it to be.

“Behold, I will do a new thing; now it shall spring forth; shall ye not know it? I will even make a way in the wilderness, and rivers in the desert.” -Isaiah 43:19

Whatever the case, the next time someone meets God in the burning bush, he will need a better question. God has already heard that one.

Is God Perfect?
Being God
What Is God?
Who Is God?