Is it possible that in some sense evil has been good for mankind? I have written a fair amount on evil in the past, for example:

If one is rational … evil does exist. If one believes in God or a Supreme Being who created the universe then it is hard to deny that this God is the author of [some kinds] of evil. In the book of Isaiah in the Old Testament this is made clear:

I form the light, and create darkness: I make peace, and create evil: I the LORD do all these things. Isaiah 45:7

Life and human evolution has a direction, a purposeful direction, towards greater complexity and interdependence. We can see this as we look at the history of humanity. In pre-history there were small bands of hunter gatherers which evolved to tribes which evolved to even larger and more complex chiefdoms to city states and to nation states. In each case we have societies that are larger, and more complex than those that preceded them.

Currently we are on the verge of planetary governance (or planetary destruction if we don’t). Maybe not in the lifetime of everyone reading this, but in terms of human history we are closer than we have ever been before.

One of the most powerful forces leading to larger and more complex human societies was evil, a very specific kind of human evil, the evil of human’s robbing, killing, raping, and enslaving other human beings. Humans learned to organize into larger and more complex societies, where for example, some could concentrate on making better weapons. They did this for self-protection, banding together to defend themselves or to defeat their enemies . But as one group formed a larger group others imitated them. It was literally an “arms race.”

As far as we can tell humanity has been in an arms race for as long as their have been humans.

Without the evil that motivated humans to come together into larger and more complex groups many things that are good would not have come either. Trade, farming, science, mathematics, writing, and the list goes on and on are things that humans learned to do as their societies became larger and more complex, with more specialization, and especially more cooperation with the trick being to ever expand the sphere of cooperation.

This evil was one powerful force drawing people together. There was another force, not of evil, but of good that worked in the same direction. That was the good of humans learning that life did not have to be a zero-sum game (where one side is a loser and the other is a winner). A life of interdependence, cooperation, trade, and mutual support can be a “win-win” game for everyone, a non-zero-sum game.

Cultural anthropologists have characterized these as “push” and “pull” forces and argued over which was most important. The “push” force is the evil of human’s preying on others and the “pull” force is human’s learning how much more they can benefit from working with each other instead of killing each other.

Capitalism, whatever some may see as its defects, was undoubtedly one of the greatest “pull” forces of all time. If humanity is to survive it is the “pull” forces of global trade and cooperation that will largely determine that. A country deeply invested in building our iPhones and other toys is less likely to want to bomb us out of existence.

It will be interesting to see how this works out as humanity explores even greater forms of mutual interdependence . The Jesuit priest, philosopher, and paleontologist  Pierre Teilhard de Chardin theorized of an Omega Point, a point of ultimate evolution and divine complexity.

In a very real sense evil may have been necessary, and ultimately good for humanity if we can reach that point without blowing up the planet first. 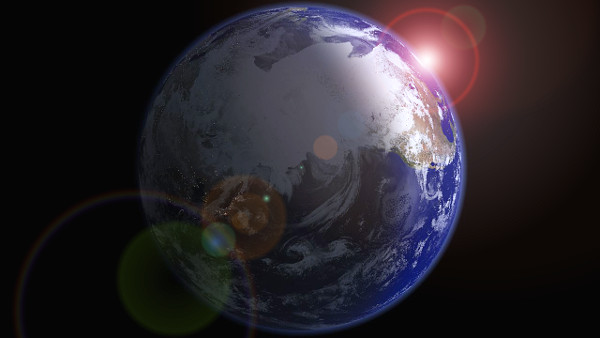 END_OF_DOCUMENT_TOKEN_TO_BE_REPLACED

Many on a New Age path do not believe in a duality of good and evil, or that real evil exists. Author Joseph J. Dewey summed this up very well in his article Good & Evil – Light & Dark.

Many believe we should not see good and evil as even existing. They believe that because in the Ultimate Reality all is one and all is peace, we can escape the evil others see and do by concentrating on this Reality, and denying the idea that evil exists. One of the few criticisms I’ve received of the book [The Immortal] is from people telling me I should not be teaching about a Dark Brotherhood because it just adds power to an illusionary belief; that Dark Brothers do not exist unless we conjure them up. The basic belief from this camp is if we do not give any belief to the dark side it will not exist.

Because all form is created from the dualities, and we are the power of Decision to “know good from evil,” to say evil does not exist would mean good does not exist also. Good must co-exist with evil to have meaning, just as light needs darkness to be seen. In the Ultimate Reality neither one truly exists; they’re both illusions. Your body doesn’t really exist either. But in this reality we live in, you’d be crazy to jump over a cliff in the belief that your body can’t be hurt because it doesn’t exist.

This is probably the best summation of the meaning of good and evil I have ever seen:

The basic difference between good and evil is this:

Good is that which takes us forward on the path of Spiritual evolution toward greater freedom, livingness, intelligence, light and love.

Evil is that which takes us back into the past to lesser freedom, lesser livingness, lesser intelligence, light and love.