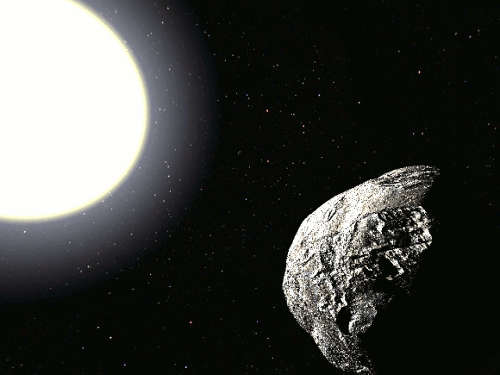 If you are not a Theosophist or a student of the writings of Alice A. Bailey you may not have ever heard of a planet called Vulcan. In the mid 19th century the existence of a planet inside Mercury’s orbit was put forward to explain some peculiarities in the orbit of Mercury.

Starting in 1840 astronomer Francois Arago and mathematician Urbain Le Verrier were trying to come up with a model of the orbit of Mercury based on Newton’s laws of motion and gravity. As it turned out there was a slight peculiarity in the orbit, something called perihelion precession that differed from the value predicted by Newton’s laws. Le Verrier proposed this could be explained by the presence of a small planet inside the orbit of Mercury. He named this planet Vulcan in 1859.

An amateur astronomer by the name of Edmond Modeste Lescarbault claimed to have actually observed Vulcan. Convinced by this Le Verrier in 1860 announced the discovery of the planet Vulcan at the Academie des Sciences in Paris. At this point it was a respectable scientific theory.

“… our modern astrologers are ignorant of these planets. One is an intra-mercurial planet, which is supposed to have been discovered, and named by anticipation Vulcan …”

Later Alice A. Bailey discovered the Theosophical Society and the work of Blavatsky somewhere around 1917 or 1918. Bailey started writing her own works in 1919 (to 1949). At my count she mentions the word “Vulcan” 133 times in her writings, most often in Esoteric Astrology (95 times by my count).  For example: