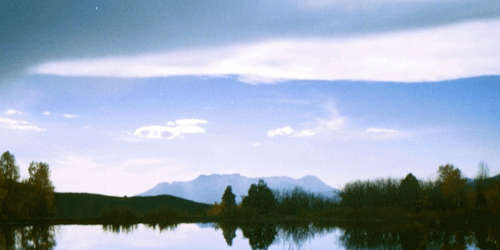 “The greatest hell is to have nothing new to create. Hell is creating that which has been, over and over until boredom becomes so great that life force flatlines.

“As the seeker unveils truth after truth he enters a lonely realm, leaving many friends behind who cannot see through his eyes. Then at that moment where he seems alone in the universe a door is open and he is engulfed by a multitude of new friends of celestial presence, invisible to carnal eyes. He never feels alone again.”

Politics is often not considered a spiritual subject. Despite that prejudice, there are things that the spiritual seeker can learn from politics. It is definitely an area of great polarization and illusion.

Right and Left, Conservative and Liberal, are labels for individual tendencies that if understood in full apply to many aspects of our lives. The label “Conservative” from the word “conserve” reflects a desire to protect something. In politics this could mean to protect a system or way of life that one views as the good or desirable. The conservative mindset is suspicious of change.

The Liberal mindset in many respects is the polar opposite. This mindset sees imperfection in most institutions, customs, laws and quickly loses patience with slow change. The past is not an ideal. Rather the past is the old, the tired, and the evil that must be corrected (immediately if not sooner)! It is not an accident that former President Obama used the word “change” in many of his campaign slogans, e.g., “Vote for Change,” “Change We Can Believe In,” “Organize for Change,” and “A leader who can deliver change.”

A person who considers him or herself a protector of the environment could be accurately called an environmental conservative. A person can very easily be liberal in one sphere of life, and conservative in another. Almost everyone has something they want to protect, and almost everyone would like some change.

The truth is that many people polarized in a conservative viewpoint see need for some change, just not too quick or too radical. Those polarized in a liberal viewpoint also have those things they want to protect or conserve, but they are far more willing to take chances on  untested solutions.

Liberals trust in their good intentions and Conservatives remember the advice that “the road to hell is paved with good intentions.” Both viewpoints have some validity.

The thing that makes me most sad about the political scene I see today is the growing intolerance of differences of opinion. I remember a time when people with very different viewpoints could at least talk civilly to each other without calling each other “fascists” or “racists,” or worse.

Some have theorized that this is a side-effect of the Internet. More and more people find niches on the Internet with people with similar beliefs which becomes an echo chamber with little diversity of thought or opinion. The more time one spends in these echo chambers the more polarized and intolerant one is likely to become.

Those who view themselves as being on a spiritual path need to reach down very deep in their psyche and try to root out these kinds of prejudices, hatreds, and blindness to the good in people who see things from a very different perspective. There are very spiritual people on both sides, some who probably voted for President Obama in previous elections, and those who voted for President Trump in the last election.

A country needs both kinds of people, those with a conservative and a liberal  orientation. The liberal mindset goads us to change while the conservative mindset protects us from the ill-thought-out ideas that come more from emotion than from mind.

When one realizes that neither conservatives nor liberals are the big enemy, he can become an intelligent watcher of events and pick the side that is correcting a great wrong. That is why (from my point of view) I am conservative when I see that liberalism has gotten us in over our heads, and liberal when I see conservatism stiﬂing our creative energies.

Because of this stance, I ﬁnd that conservatives seem to think I am a liberal and liberals think I am a conservative. If a person is polarized on one side or the other, he will think that any disagreement on any point brands another as the enemy. Nevertheless, I know there are a lot of people out there who take the best from both sides as I try to do.  –Right or Left?

Those who cannot reach out to the other side in any respect, those who cannot find some good in both sides, should seriously question just how spiritual their present path is. Hate and intolerance are not spiritual values, and if one constantly sees it in the other side then one should consider that the vision is more like a mirror than a window. 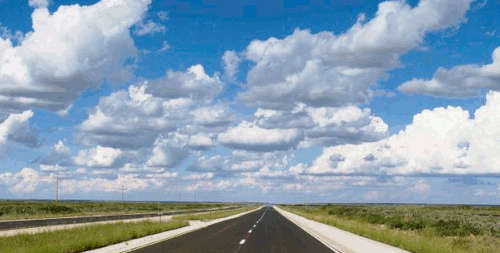 Chances Are You Are Headed for the Straight and Narrow Path If:

You contemplate the will of God and try to manifest it.

You look beyond obnoxious personality traits to see the Christ within others.

You are motivated by love of others above love of the material self.

You attempt to give more than you receive.

You attempt to be as harmless as a dove and wise as a serpent.

You thirst after light, love, and knowledge.

You are an example of goodwill to all.