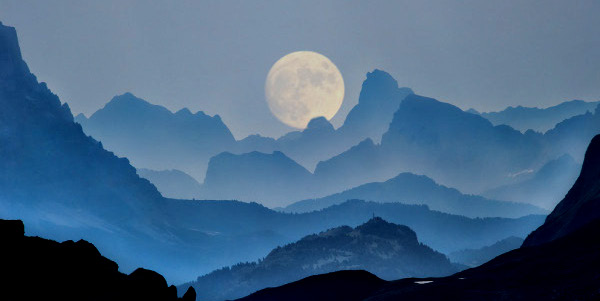 For a discussion of what AAB means by “law” please see  Alice A. Bailey – What is a Law?

This period of conscious activity in etheric substance (of which the planetary body is formed) persists according to the karma of the planetary Lord, for the unit is now consciously associated with planetary karma, and is a participant in the working out of the will and purpose of the Lord of His Ray. On the higher planes of the system, this stage persists for the length of the life of a scheme; to which a period of pralaya succeeds that has its beginning towards the end of the seventh round in any scheme or of the fifth if the Law of Persistence of a scheme is working out through cycles of five. I am here generalising and speaking in broad terms; the karma of the units differ and a man—according to the path he chooses after the fifth initiation—stays and works within his own scheme, but changes may occur through the following factors:

b. The will of the Lord of his Ray.

c. Orders emanating from the solar Logos which are conveyed to him after liberation via the planetary Logos and through the medium of the chohan of his Ray.

A Treatise on Cosmic Fire , 3. THE SOLAR ANGELS, THE AGNISHVATTAS. – Part 3

A quote on “persistence“:

“The Fact of Immortality and Eternal Persistence”

“The spirit in man is undying; it forever endures, progressing from point to point and stage to stage upon the Path of Evolution, unfolding steadily and sequentially the divine attributes and aspects. This truth involves necessarily the recognition of two great natural laws: the Law of Rebirth and the Law of Cause and Effect.” -Problems Of Humanity