END_OF_DOCUMENT_TOKEN_TO_BE_REPLACED

In my last post, How To Question Authority, I wrote:

There is indeed something we can use, but it requires some belief and recognition that we are more than our minds and our bodies, more than just a sentient animal. It requires a recognition that each human being has an immortal soul or spirit – whatever name you care to give it – that came from God and will go back to God.

I cannot prove to you in scientific terms that this is true. You must find it for yourself. Indeed that can be difficult. Nevertheless it is the basis of all true resistance to unjust authority.

This is what author Joseph J. Dewey has called Soul Contact:

[The] inner self, through the medium of the Soul, contacts and registers the Holy Spirit, which is capable of verifying all true principles. In short, this process is called “soul contact.”

We can become a member of the heavenly Jerusalem at any moment that we “overcome” and obtain Soul Contact and the Christ consciousness. Then we become a spiritual pillar in the temple of God, and the God within is expressed and we “go no more out” no matter where we are physically. We are given a new name. That is we realize that our personality self is not real, but a false image, and the new name is “the name of my God.” In other words, we become one with God, a son of man who has become the Son of God.

The Christian Old Testament can be understood as an allegory to the struggle to find our true authority through the soul. The Israelites again and again fall into worship of false authorities and disaster is always the inevitable result. So it is with us.

As the Apostle Paul wrote, our body is a temple (likening our body to the Temple in Jerusalem where the Israelites worshipped God).

Do you not know that your bodies are temples of the Holy Spirit, who is in you, whom you have received from God? 1 Corinthians 6:19

What does this really mean? It means that each and every one of us, in one life or another – we have many chances to discover this – must become our own High Priest and enter the Holy of Holies of their own Temple and find God, our ultimate authority.

You must learn to question authority, first through the mind and finally through the soul. I did not say that was easy. 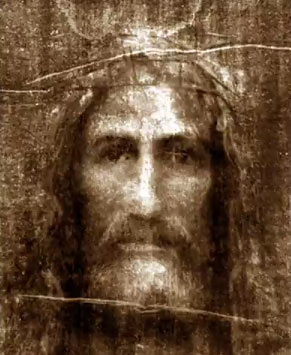 Do you believe that Jesus was the one and only Son of God and that he made that claim? You may have read the following at some time:

Then the Jews took up stones again to stone him.
Jesus answered them, Many good works have I shewed you from my Father; for which of those works do ye stone me?

The Jews answered him, saying, For a good work we stone thee not; but for blasphemy; and because that thou, being a man, makest thyself God.

Jesus answered them, Is it not written in your law, I said, Ye are gods?

If he called them gods, unto whom the word of God came, and the scripture cannot be broken; Say ye of him, whom the Father hath sanctified, and sent into the world, Thou blasphemest; because I said, I am the Son of God?

In the original Koine (“common“) Greek of the New Testament the word “the” in the above translation of “I am the Son of God” simply does not exist. I am not an expert on the language of the New Testament, but I have consulted with some who are. They tell me that generally if a definite article (“the” in grammar) is intended it will be written, but if an indefinite article (like “a“) is intended, it would often be omitted.

Probably a more accurate translation would have been “I am a son of God.”

That this is not nitpicking on my part can be seen in how some other modern translations handle this, e.g.:

‘I am God’s Son’?   New International Version
Son of God I am?  Young’s Literal Translation
‘Son of God am I’?  Concordant Literal New Testament

All avoid using “the” because it isn’t in the original, and all avoid using the indefinite article “a,” no doubt because it would be theologically significant. It would allow the possibility that Jesus is saying that he is a son of God in a way that doesn’t make a claim of being the one and only Son of God.

Is there any other proof in the quote from John that Jesus really did mean to say that he was a son of God without claiming to be the one and only one? In fact there is. It is in the argument he is making.

Jesus is quoting from Psalm 82:

I have said, Ye are gods; and all of you are children of the most High.
But ye shall die like men, and fall like one of the princes.
Psalm 82:6-7 (KJV)

The Jews to whom Jesus was speaking considered this to be part of their scripture, and like modern Christian fundamentalists believed it was the literal word of God, and as Jesus said to them, “the scripture cannot be broken.” That was the logic he was using.

“If in Psalms it is said of humans that ‘Ye are gods’ then what is your problem with me saying I am a son of God?” was precisely the logic that Jesus was using here. If Jesus was claiming to be the one and only then his argument not only lacks logic, it is largely incoherent. I do not believe Jesus was being incoherent. I think he said what he meant, and the implication is that we are all sons of God.

Our mission is to understand who we are, and what it means, and to grow into the role for which Jesus was the model. Putting the man Jesus on such a high pedestal that no one can aspire to be a son of God like him is to defeat that mission.