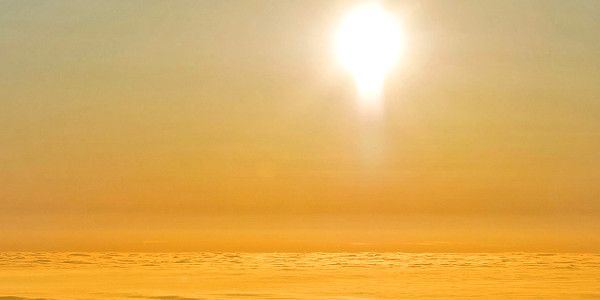 The circle of those who know the law of silence, but find it hard. They stand within the central part and utter not a word.

Picture a curtain, hanging across the space near to the place where you stand. Imagine yourself achieving, with effort, that complete silence which will enable you to hear a voice which says, “Move forward into the circle of those who know the Law of Silence. You now can hear my voice.

Within the circle of those who talk there is no group integration. Right of access comes to those who know the Law of Silence. This exercise will deepen your life, increase your capacity to serve, make pregnant every word you speak to those you teach, and bring you to a point of group usefulness next life.

AAB also writes of a “Voice of the Silence”:

“The subsequent act of the man in meditation. He hears the sound (called sometimes the ‘still small Voice,’ or the “Voice of the Silence“), he recognizes it for what it is and in deep reflection he assimilates the results of his soul’s activity. Later when the aspirant has passed on into the mysteries and has learnt how to unify the soul and the lower man so that they function as a coordinated unit on earth, the man learns to sound the Word on the physical plane with the object of awakening the forces which are latent within him and thereby arouse the centres.” -The Light Of The Soul , BOOK I

This gives us a picture of what happens to the man who has mastered his instrument. He registers in his brain, via the mind, that which is true and real; he becomes aware of the nature of the ideal and bends every power which he possesses to the work of bringing that ideal into objective manifestation; he sees the vision of the kingdom of God as it will be in the latter days, and all that he has and is he renders up in order that the vision may be seen by all; he knows the plan, for it is revealed to him in the ‘secret place upon the Mount of God,’ and he cooperates with it intelligently upon the physical plane; he hears the Voice of the Silence and obeys its injunction, working steadily at the task of spiritual living in a world consecrated to things material. -The Light Of The Soul , BOOK IV