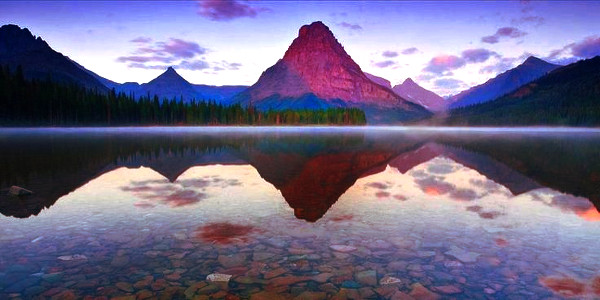 Here in the arcane symbology is hid (in terms of energy and of radiant activity) the whole secret of egoic energy, and of impulse making its presence felt in the substance of the lower planes; the student should interpret the above sentences both macrocosmically and microcosmically. In all manifestation, the originating impulse comes from the first aspect which is hidden at the heart of the egoic lotus, but this hidden Identity works under law, and in the earlier stages (the first three cycles) the process goes on under the Law of Economy, which is the law of substance itself; in the final two cycles this law becomes merged (though not superseded, being still potent) with the Law of Attraction, which is the fundamental law of the divine Self. It is the failure to realise this which has resulted in the confusion existing in the minds of many metaphysicians as to which demonstrated first, desire or will, and as to the distinction between them, between impulse and purpose, and between instinct and intention.

A Treatise on Cosmic Fire , 3. THE SOLAR ANGELS, THE AGNISHVATTAS. – Part 4

Certain definite laws govern the life of the disciple. They are the same laws that control all life. The difference consists in the partial realisation—on the part of the disciple—of the purpose of those laws, their raison d’etre, and their conscious judicious application to the circumstances met in daily living. By conformance to the law is the personal life transmuted…Take for instance the Law of Substance. This law puts the disciple in the position of wisely utilising the universal storehouse. It is the manipulation of matter, and its adaptation to the interacting forces of supply and demand..

Letters On Occult Meditation , LETTER VII – THE USE OF COLOUR AND SOUND – Part 1