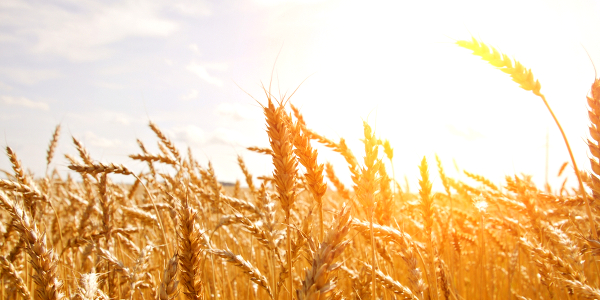 This planet is sometimes called in the parlance of the schools, the “College of Quadruple Force units,” for its members wield four kinds of force in constructive magical work. Another name given to its halls is “The Palace of Opulence” for its graduates work with the Law of Supply, and are frequently called “The Sowers. ” MERCURY—The pupils in this planetary school are called “The Sons of Aspiration” or “The Points of Yellow Life.

This ninth group will be composed of Financiers and Economists. They will work with the energies and forces which express themselves through the interchange and the values of commerce; they will deal with the Law of Supply and Demand and with the great principle of Sharing which ever governs divine purpose. They will be the great psychometrical workers, for a psychometrist is one whose soul is sensitive to the soul in others and in all forms of life.

This conditions the form which your work will take. Your task is to work with the Law of Supply. The demand is already there.

Capricorn—mineral kingdom—money—concrete expression of the Law of Supply, and all these form a triangle with Libra at the apex and dominating. Uranus is the esoteric ruler and is of supreme importance in this sign for the seventh ray works through this planet and is the embodiment of the principle of concretion and the materialising of that which is in need of objective manifestation, through the bringing together of spirit and matter.

This planet is sometimes called in the parlance of the Schools, the `College of Quadruple Force Units,’ for its members wield four kinds of force in constructive magical work. Another name given to its halls is `The Palace of Opulence’ for its graduates work with the law of Supply and are frequently called the `sowers. ‘ Mercury (4th)—The pupils of this planetary school are called `The Sons of Aspiration’ or `The points of Yellow Light.

The responsibility for the widespread misery to be found today in every country in the world lies predominantly at the door of certain major interrelated groups of business-men, bankers, executives of international cartels, monopolies, trusts and organizations and directors of huge corporations who work for corporate or personal gain. They are not interested in benefiting the public except in so far that the public demand for better living conditions will enable them—under the Law of Supply and Demand—to provide the goods, the transportation, light and power which will in the long run bring in heavier financial returns. Exploitation of man-power, the manipulation of the major planetary resources and the promotion of war for private or business profit are characteristic of their methods.

Labour has been elevated into its rightful place in the life of the nations and the essential dignity of man has been emphasized. Humanity is being rapidly fused into one great corporate body under the influence of the Law of Supply and of Demand which is a point to be remembered. The destiny of the race and the power to make national and international decisions, affecting the whole of mankind, is passing into the hands of the masses, of the working classes and of the man in the street.

In what way can the Law of Supply and Demand be implemented so that there is justice for all and plenty for all.

Problems Of Humanity , CHAPTER III – THE PROBLEM OF CAPITAL, LABOUR AND EMPLOYMENT

” 3. A study of the Law of Supply and Demand, so that there can be made available for the Masters’ work through the medium of the world disciples (of pure motive and skill in action and tried responsibility) that which is needed, and, my brothers, sorely needed by Them. Money has been deflected into entirely material ends, even in its philanthropic objectives.

The Externalisation Of The Hierarchy , SECTION ONE – INTRODUCTORY REMARKS – Part 3

When abstention from theft is perfected, the yogi can have whatever he desires. In this is to be found the clue to the great law of supply and demand. When the aspirant has learned to “desire nothing for the separated self” he can then be trusted with the riches of the universe; when he makes no demand for the lower nature and claims nothing for the threefold physical man, then all that he desires comes to him unasked and unclaimed.

Some standard economic definitions of the law of supply and demand:

“… supply and demand is an economic model of price determination in a market. It postulates that in a competitive market, the unit price for a particular good, or other traded item such as labor or liquid financial assets, will vary until it settles at a point where the quantity demanded (at the current price) will equal the quantity supplied (at the current price), resulting in an economic equilibrium for price and quantity transacted.”

Library of Economics and Liberty

“The most basic laws in economics are the law of supply and the law of demand. Indeed, almost every economic event or phenomenon is the product of the interaction of these two laws. The law of supply states that the quantity of a good supplied (i.e., the amount owners or producers offer for sale) rises as the market price rises, and falls as the price falls. Conversely, the law of demand (see demand) says that the quantity of a good demanded falls as the price rises, and vice versa. (Economists do not really have a “law” of supply, though they talk and write as though they do.)”

“In a free economy, where no man or group of men can use physical coercion against anyone, economic power can be achieved only by voluntary means: by the voluntary choice and agreement of all those who participate in the process of production and trade. In a free market, all prices, wages, and profits are determined—not by the arbitrary whim of the rich or of the poor, not by anyone’s “greed” or by anyone’s need—but by the law of supply and demand. The mechanism of a free market reflects and sums up all the economic choices and decisions made by all the participants. Men trade their goods or services by mutual consent to mutual advantage, according to their own independent, uncoerced judgment. A man can grow rich only if he is able to offer better values—better products or services, at a lower price—than others are able to offer.”