We are always searching for perfection,  but never finding it. We invent theories of how perfection exists, just not here, not now. Perfection is an illusion.

For the Greek philosopher Plato perfection only existed in Forms and everything in the material world was merely an imperfect image of those Forms. Real perfection existed somewhere other than where we live.

The ACIM (A Course In Miracles) folks have an answer. The world is not real and it is only a dream.

[ACIM] states that everything involving time, space, and perception is as illusory. It presents a nondualism which states that God is the only truth and reality: perfect, unchanging, unchangeable, extending only love, though not in time and space, which can not really be comprehended from a dualistic perspective. –Wikipedia

“Dualism” or “duality” is a big no-no to many into this kind of philosophy. Perfection has to be unchanging (which in itself makes sense) so anything that changes is neither perfect, nor real.

I come to a different conclusion.

At some level the world exists and we live in it. A lot of how we perceive it is an illusion at some level too. We see solid objects but know from science that a lot we perceive is just empty space, occupied by tiny atoms, or particles, or something – possibly just waves or vibrations that feel solid.

To me the world is self-evident proof that absolute perfection is an illusion. God is not perfect and has never been so. That is not a bad thing.

The real God, of whom the Christian Apostle Paul said that “in him we live and move and have our being” (Acts 17:28) is not an absolute, finished, perfect being. That God is “becoming” that which it choses to be. God has goals, plans, and purpose in this existence, and you are part of that plan.

“I will be what I will be” (Exodus 3:14, alternative translation)

The above is the alternative translation in the NIV (New International Version) that usually goes along the static line of “I AM THAT I AM” that most are probably familiar with.

Author Joseph J. Dewey has argued that the most accurate translation would be:

This takes into account, as does the alternative NIV version, that the underlying Hebrew verb is in the future, not present tense. If you think about it a bit, that kind of God or being is a lot more likely to sympathize with our problems than some absolute, perfect being beyond duality.

We too, like that God, are in a process of becoming something more. Maybe that is because we are part of that God? Think about it.

A Course In Miracles (ACIM) seems to believe that which is not perfect is not real, or something like that. I would like to suggest another possibility. Nothing which is real is perfect. Nothing, not even God.

Perfection is an illusion, a belief about what something can be without any objective evidence to show that it is possible. It is an imaginary thing, much like medieval theologians arguing about how many angels could fit on the head of a pin. 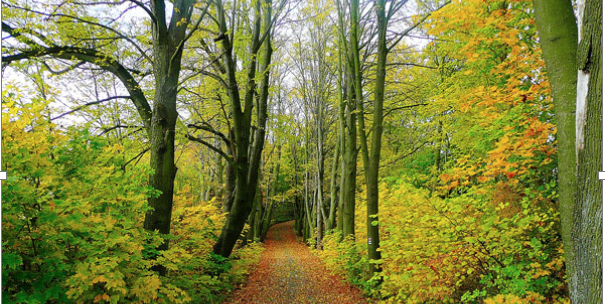 Then you will know the truth, and the truth will set you free.  John 8:32

Free from what? Free from the necessity of mortal incarnation  with all of the attendant pains and opportunities to just plain mess up, acquire karma, and suffer.

Him that overcometh will I make a pillar in the temple of my God, and he shall go no more out:  Revelation 3:12

Except a man be born again, he cannot see the kingdom of God.  John 3:3

Jesus said that those on the road to liberation would have many houses, brethren, sisters, fathers mothers, wives, children, and lands:

And every one that hath forsaken houses, or brethren, or sisters, or father, or mother, or wife, or children, or lands, for my name’s sake, shall receive an hundredfold, and shall inherit everlasting life.  Matthew 19:29

The Apostle Paul summed it up.

The last enemy that shall be destroyed is death. 1 Corinthians 15:26