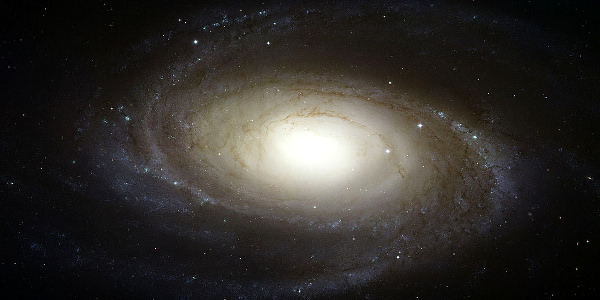 The same laws govern all, though the response to the law may be relative and in degree. This law has the generic name of the “Law of Cycles,” and is expressed in terms of time;  but the secret to the cycles may not as yet be given as it would convey to the intuitive too much dangerous information.

The Law of Cycles has ever been regarded as one of the most difficult for a man to master, and it has been truly said that when a man has mastered its technicalities, and can understand its methods of time computation, he has attained initiation.

In the understanding of the law of cycles, we gain knowledge of the underlying laws of evolution and come to a realization of the rhythmic work of creation.

A Treatise on White Magic , CYCLIC EBB AND FLOW

They work slowly and with deliberation, free from any sense of speed, towards Their objective, but—and herein lies the immediate interest of what I have to communicate—They do have a time limit. This is based upon the Law of Cycles.

A Treatise on White Magic , THE NEW GROUP OF WORLD SERVERS – Part 1

Into the prison house of form enter all that live; some enter consciously and some unconsciously, and this we call birth, appearance, incarnation, manifestation. Immediately there sweeps into activity another law or the working out of an active principle which we call the Law of Cycles.

One of the things which will emerge during the coming century will be a better understanding of the Law of Cycles.

It is particularly wise for sixth ray people to master the Law of Cycles and of rhythmic growth, for their predisposition to fanatical and violent activity can be offset by wise handling of the life rhythm.

By the means of these words you could be enabled to gauge your life processes and determine activity. By means of them also (rightly used) you can arrive at a real understanding of the Law of Cycles—in your own life, in the life of any related group, and in the life of humanity itself.

What all of you need to grasp with greater clarity, both as individuals and as a group, is the present need of humanity and the law of cycles.

Death, brother of mine, is a great and universal heritage; all forms die, for such is the law of life, to speak in paradoxes. The time had arrived when the race could be taught the lesson that death can either be the ending of a cycle and an automatic response to the great Law of Cycles which continually institutes the new and ends the old, or it can be brought about by the misuse of the physical body, by misapplied energy and by the deliberate action of the man himself.

One of the departments of esoteric medicine in the future will concern itself with the law of cycles, lunar and solar.

This might be the case if the race were working mentally, but it is not. It is in the modern world of today that there is beginning a widespread infringement of these mental laws, particularly of the Law of Cycles, which determines the tides, controls world events and should also condition the individual and so establish rhythmic life habits—one of the major predisposing incentives to good health.

Esoteric Healing , CHAPTER I – The Psychological Causes of Disease – Part 4

We may speak about its influence upon a particular kingdom in nature, and then again still another ray may be regarded as of prime importance. These discrepancies are only apparent, and their cause lies hid in the right understanding of the Law of Cycles.

Esoteric Psychology – Volume I , 2. The Present Ray Plan and the Workers

It concerns the life of desire and of sensory perception and of feeling. It is closely concerned with the development of awareness, and is an aspect of the Law of Cycles which controls solar evolution.

Esoteric Psychology – Volume I , 5. The Rays in Cyclic Manifestation

The Plan of God comes into being through the right use of emphasis, and when we emphasise one aspect or quality, temporarily we exclude or relegate into brief abeyance another aspect or aspects. This is a major part of the activity of the law of cycles with which the Masters work.

Esoteric Psychology – Volume II , I. The Appropriation of the Bodies – Part 1

These interludes of apparent silence, of inertia and of inactivity are part of the great preservative and constructive activity of the Hierarchy; they are both individual, group and planetary in nature. Aspirants must learn to work intelligently and understandingly with the law of cycles.

All is planned and ordered; the right energies and forces will be available, for the Hierarchy works ever under the Law of Cycles and of Cyclic Compensation.

Rays and The Initiations , RULE TWELVE

The question arises here whether the cycle is susceptible to interference and whether it must not perforce run its appointed course. I would remind you that the law of cycles is the law governing the appearing and the disappearing of great and active energies which pass in and out of manifestation, fulfilling the purposes of Deity and yet limited and handicapped by the quality of the forms upon which they make their impact.

The Externalisation Of The Hierarchy , SECTION TWO – THE GENERAL WORLD PICTURE – Part 9

It has been said that a complete understanding of the Law of Cycles would bring man to a high degree of initiation.

The Light Of The Soul , BOOK III. – UNION ACHIEVED AND ITS RESULTS – Part 6

Helena B. Blavatsky wrote in the Secret Doctrine:

“The Eternity of the Universe in toto as a boundless plane; periodically “the ‘layground of numberless Universes incessantly manifesting and disappearing,’ called ‘the manifesting stars,’ and the ‘sparks of Eternity.’ ‘The Eternity of the Pilgrim’ is like a wink of the Eye of Self-Existence (Book of Dzyan.)” -The Secret Doctrine, Volume 1, HPB

There are repetitions or cycles involved in many aspects of time and space. Some cycles repeat with precision and others just roughly.

In the understanding of the law of cycles, we gain knowledge of the underlying laws of evolution and come to a realization of the rhythmic work of creation.