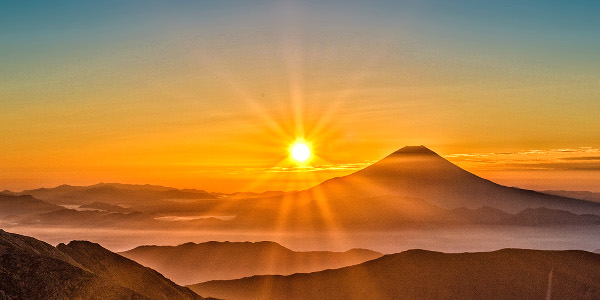 The Law of Economy is the basic law of one pole, that of the negative aspect; the Law of Synthesis is the basic law of the positive pole, but the Law of Attraction is the law for the fire which is produced by the merging during evolution of the two poles. From the standpoint of the human being, it is that which brings about the realisation of self-consciousness; from the point of view of the subhuman beings it is that which draws all forms of life on to self-realisation; whilst in connection with the superhuman aspect it may be stated that this law of life expands into the processes conditioned by the higher law of Synthesis, of which the Law of Attraction is but a subsidiary branch. Strictly speaking, the Law of Attraction is a generic term under which are grouped several other laws similar in nature but diverse in their manifestations.

Esotericists will understand that these five stages cover the life period of every form, no matter whether the creator is cosmic, planetary or human. Every form is built by an impulsive spark of life, emanated by a creator, and growing stage by stage under the law of accretion—an aspect of the law of attraction, which is the law of life. This law cooperates with the Law of Cause and Effect, which, as we know, is the law governing matter.

A Treatise on White Magic , ANALYSIS OF THE THREE SENTENCES – Part 1

New cycles of Being and of consciousness are initiated by conflict. Such seems as yet to be the law of life and the governing factor in evolution. If, however, the result of this initiating, energising will is to produce such beneficent effects of intuitive understanding and the activity of Mercury as the messenger of the Gods, it can be seen how truly through conflict the will-to-good can be wrought out.

Instinct failed to handle this situation. Death, brother of mine, is a great and universal heritage; all forms die, for such is the law of life, to speak in paradoxes. The time had arrived when the race could be taught the lesson that death can either be the ending of a cycle and an automatic response to the great Law of Cycles which continually institutes the new and ends the old, or it can be brought about by the misuse of the physical body, by misapplied energy and by the deliberate action of the man himself.

Abstraction is indicative of process, progress and development. It is this aspect of the Law of Life for the Law of Synthesis as it is called in certain larger connotations) with which the initiate specifically deals. A Treatise on the Seven Rays, Vol.

15. Power eventually to wield the Law of Life. Of this little can be said, for it can only be wielded by those who have developed or who are rapidly developing the consciousness of the Spiritual Triad—a very rare thing as yet.

They must always be led from lower to higher states of realization, and the faculty of awareness must be steadily expanded. Expansion and growth is the law of life and while the mass of men must be lifted by a system of education, fitted to bring the greatest good to the greatest number, the individual must be given his full heritage, and special culture provided which will foster and strengthen the finest and the best amongst us, for in their achievement lies the promise of the New Age. The inferior and the backward must also have special training in order that they may come up to the high standard which the educators set.

From Intellect To Intuition , CHAPTER TWO – THE PURPOSE OF EDUCATION

They tend to bring about increasing relation between the Hierarchy of Souls and Humanity as a whole, between the great planetary centre which is the custodian of the principle of love and the planetary centre, humanity, which nurtures and distributes the energy of mind. The Law of the Supplementary Seven is the great synthetic Law of Life or of Spirit and is the law with which the initiate works; it is this law he wields. From acceptance of the laws of nature and obedience to the laws of the soul, he passes into the positive phase of understanding and wielding the Law of Life.

Abstraction is indicative of process, progress and development. It is this aspect of the Law of Life (or the Law of Synthesis as it is called in certain larger connotations) with which the initiate specifically deals when wielding the Law of the Supplementary Seven. The group angle of the matter can be seen if you remember that the individual initiate, when wielding this law, draws upon the united energy of the Will as the group is expressing it in “unified rhythm.

Rays and The Initiations , RULE EIGHT

He thus enables His form—the planet which is a compound of all the seven kingdoms in nature—to express logoic intention for the “duration of the Great Breath”; of this breath, time and space are the two aspects. It affects the tiniest atom and the most exalted Being within the sphere of His consciousness and the scope of His livingness; it affects the subhuman kingdoms, unconsciously to them, and is (in relation to them) sometimes spoken of as “the Law of Life of the Sun. ” The human family, after the stage of personality integration is reached, reacts with increasing consciousness of the divine purpose.

Rays and The Initiations , SECTION ONE – THE ASPIRANT AND THE MYSTERIES OF INITIATION – Part 8

May I point out here that the value of the individual is surely based on the inherent divinity of the human spirit and on the integrity of the whole. It is founded also on the knowledge, which must underlie all future reconstruction work, that at the very heart of the universe is a divine Power, call it what you will, and on the faith that love is the very law of life itself, in spite of all appearances and the record of the past. It is essential that we be practical in our approach to the subject and that the reconstruction plans involve steps which are possible and which the average man can take.

The Externalisation Of The Hierarchy , SECTION THREE – FORCES BEHIND THE EVOLUTIONARY PROGRESS OF THE RACE – Part 4

It should be borne in mind, in this connection, that “space is the first entity” (Secret Doctrine I. 583) and that cyclic manifestation is the law of life. When this is recognized, the entity, expressing itself cyclically, will make its presence felt through differentiation, through the colour or quality of the veiling form and through the form itself.