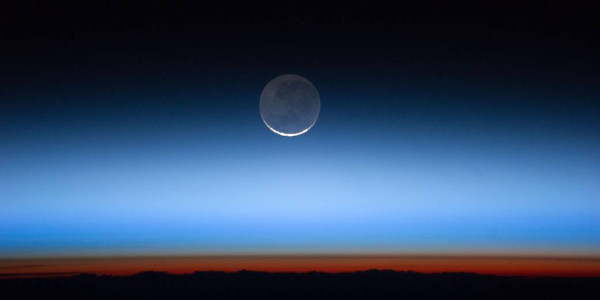 It is naturally of great importance owing to the fact that this ray-energy is that of one of the three major Rays; but it will be, in the equilibrising process, balanced by analogous cyclic emanatory activity from the two other major Rays. It might be added here that when this is recognised it will become apparent that the revolutionising scientific discoveries which can be traced down the centuries, such as the formulation of the Law of Gravitation, the circulation of the blood, the ascertainment of the nature of steam, the discovery by man of that form of electrical phenomena which he has harnessed, and the more recent discovery of radium, are in their own department (that of the Mahachohan), analogous to the effort made during the last quarter of each century to stimulate the evolution of men through a further revelation of some part of the Secret Doctrine.

A Treatise on Cosmic Fire , II. THE NATURE OF THIS MOTION

8. The Law of Gravitation.

This force works upon the negative, or lowest, aspect of all physical forms. The Law of Gravitation shows itself also in the response of the soul of all things to the greater Soul in which the lesser finds itself.

They are the same and yet unlike. They are phases of the law of gravitation.

A Treatise on White Magic , THE WAY OF THE DISCIPLE

The Law of Cause and Effect is not to be understood as we now interpret it. There is, to illustrate, a law called the Law of Gravitation, which has long imposed itself upon the minds of men; such a law exists, but it is only an aspect of a greater law, and its power can be, as we know, relatively offset, for each time that we see an aeroplane soaring overhead, we see a demonstration of the offsetting of this law by mechanical means, symbolising the ease with which it can be surmounted by human beings.

Esoteric Healing , Part One – The Basic Causes of Disease

This brings about conditions which eventually become apparent visually; thus disease and the “tendency to die” become recognisable. Therefore, the withering of a flower, death from old age in an animal or a tree, and the many diseases of the human being are all brought about by the pull of the powerful life of the planet, speaking esoterically; this is an aspect of what is called, erroneously, the Law of Gravitation.

The great Laws can be transcended and frequently have been in the past, and increasingly will be in the future. The Law of Gravitation is frequently offset and daily transcended when an aeroplane is in flight.

This information is only possible as the intuitional vehicle co-ordinates. It is really the occult apprehension of the law of gravitation or attraction, (the basic law of this, the second solar system) with all its corollaries.

Only as the door is unlocked by the law of demand is another and higher door unlocked permitting supply. The law of gravitation holds hid the secret.

Letters On Occult Meditation , LETTER VII – THE USE OF COLOUR AND SOUND – Part 1

Thus He blends His consciousness with that of the third Logos. Through these Words He assists with the building work, and the cohesive manipulating endeavor of the second Logos, and comprehends the inner working of the law of gravitation for attraction and repulsion) that governs all the functions of the second aspect logoic.

Letters On Occult Meditation , LETTER VIII. – ACCESS TO THE MASTERS VIA MEDITATION – Part 1

It is the akasha. On the higher planes it is the agent of the great Entity Who wields the cosmic law of gravitationin its relation to our solar system, whilst on the lower planes it demonstrates as the astral light, the great agent of reflection, that fixes and perpetuates on its vibratory bosom the past, the present and the future, or that which we call Time.

Letters On Occult Meditation , LETTER IV – THE USE OF THE SACRED WORD IN MEDITATION – Part 1