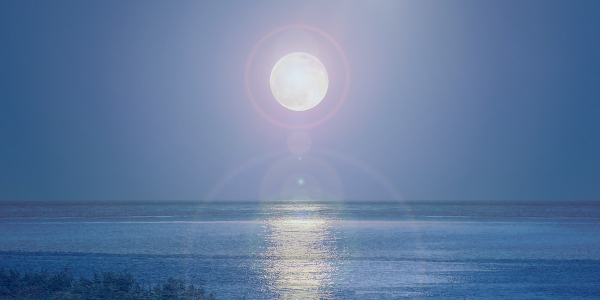 For a discussion of what AAB means by “law” please see  Alice A. Bailey – What is a Law?

The interplay of the two by the aid of mind produces that which we call environment or circumstance. The general law, which produces cyclic effect, is the Law of Attraction and Repulsion, of which the subsidiary law is the Law of Periodicity, and of Rebirth. Cyclic evolution is entirely the result of the activity of matter, and of the Will or Spirit.

As the Ego has time periods corresponding to those of Brahma, and its “100 years” and its “777 incarnations” have a solar analogy, so equally groups of Egos differ as to time, just as the planetary schemes are analogous in evolution but differ where their periods are concerned. The Law of Periodicity is one, but as it is based upon initial impulse, and upon the rhythmic beat of the “central heart” or the “central sun” of any organism (solar system, planetary scheme, planetary chain, egoic group or individual egoic life) the true nature or “family” of any such organism must be ascertained before cyclic pronouncements can be made with any hope of approximate accuracy. This was why H.

A Treatise on Cosmic Fire , 3. THE SOLAR ANGELS, THE AGNISHVATTAS. – Part 5

Upon the atoms or “Points” in those bodies, the human and deva Monads. Second, that impulse which is the basis of the Law of Periodicity, and which results in the cyclic incarnation of all Beings. This impulse manifests in three cycles or in three turns of the wheel of Being.

These three groups are related to Their guiding Intelligences on Sirius. The Law of Periodicity is the effect produced by the amalgamation of these two types of force with a third. The two types of force or energy are the activity of the first Aspect, the logoic will or purpose, and the energy of the second aspect.

A Treatise on Cosmic Fire , II. THE NATURE OF THIS MOTION

The fourth postulate consists of the statement that all lives manifest cyclically. This is the Theory of Rebirth or of re-incarnation, the demonstration of the law of periodicity. Such are the great underlying truths which form the foundation of the Ageless Wisdom—the existence of life, and the development of consciousness through the cyclic taking of form.

Note here the choice of words. This alternation is due to the imposition of the Law of Periodicity and if the student develops as desired, each pralayic period is succeeded by one of greater activity, and of more potent achievement. Rhythm, ebb and flow, and the measured beat of the pulsating life are ever the law of the universe, and in learning to respond to time vibration of the high Places this rhythmic periodicity must be borne in mind.

A Treatise on White Magic , THE PRESENT AND THE FUTURE – Part 1

One interesting instance of this failure is the fact that man does not follow the basic Law of Rhythm, which governs all the processes of nature, and man is a part of nature. It is to this failure to work with the Law of Periodicity that we can trace much of the difficulty inherent in the use and the misuse of the sex urge. Instead of man being governed by the cyclic manifestation of the sex impulse, and his life, therefore, being ruled by a definite rhythm, there exists at this time no such thing, except in the cycles through which the female passes, and little attention is paid to these.

The male, however, is not governed by any such cycles, and has broken in also on the rhythm to which the female body should be subordinated, and which—rightly understood—would determine the use of the sex relationship, including naturally the male impulse also. This failure to live by the Law of Periodicity and to subordinate the appetites to cyclic control is one of the major causes of disease; and as these laws are given form on the mental plane, one might legitimately say that their infringement has a mental basis. This might be the case if the race were working mentally, but it is not.

The problems of stimulation will, however, steadily increase with the growing sensitivity of the physical man and the developing focus of his consciousness in the mind nature. This will go on until man learns how to handle the higher energies and to recognise the need for a rhythmic life, paying attention to the Law of Periodicity. In healing work, certain rules should be mastered and followed by the healer.

Esoteric Healing , CHAPTER I – The Psychological Causes of Disease – Part 4

The energy of this ray Lord brings about the death of an ant or of a solar system, of an organisation, a religion, or a government, of a race type or of a planet. His will or purpose works out through the law of periodicity. THE SECOND PURPOSE OF DEITY Ray II.

Esoteric Psychology – Volume I , Question 2. What are the origin, goal, purpose and plan of the soul? – Part 1

These discrepancies are only apparent, and their cause lies hid in the right understanding of the Law of Cycles. Until this basic Law of Periodicity is comprehended (and this will not be possible until man has succeeded in developing fourth dimensional vision) it will not be easy to avoid what may look like contradictions. At one time a certain ray may be in incarnation and thus of paramount influence, and yet, at the same time, still another ray may govern the major cycle,—a cycle of which the ray under consideration may be only a temporary aspect.

Esoteric Psychology – Volume I , 2. The Present Ray Plan and the Workers

II. There is a basic law called the Law of Periodicity.

It has been said that a complete understanding of the Law of Cycles would bring man to a high degree of initiation. This Law of Periodicity underlies all the processes of nature and its study would lead a man out of the world of objective effects into that of subjective causes. It has also been said that time itself is simply a succession of states of consciousness and this is true of an atom, a man or a God.

The Light Of The Soul , BOOK III. – UNION ACHIEVED AND ITS RESULTS – Part 6

noun
1.
the character of being periodic; the tendency to recur at regular intervals.