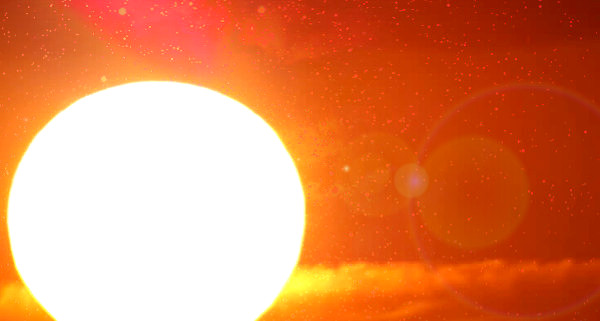 4. Law of Repulse. The Law of all: An Angel with Rejecting energy 1st Ray.

4. The Law of Repulse We have here a most interesting law to consider. It is one of the major divine laws with which the Pilgrim has much to do on his weary, age-long way, back to the centre.

No. Exoteric Name Esoteric Name Symbol Ray Energy 4 Law of Repulse. The law of all Destroying Angels The Angel with the Flaming Sword The Rejecting Energy of the First Ray First of all, it is well to realise that this law has certain characteristics and basic effects which might be briefly enumerated as follows:— 1.

b. The Law of Repulse, as it expresses itself upon the Paths of Discipleship and Initiation. c.

c. The Law of Repulse, as it “drives in seven directions, and forces all that it contacts back unto the bosom of the seven spiritual Fathers. ” This law works through the soul in all forms.

The Law of Service The Petals of Knowledge. This fourth Law of Repulse works through the first Law of Sacrifice and carries to the aspirant the quality, influence and tendency of the Spiritual Triad, the threefold expression of the Monad. Its full force is felt only after the third initiation, in which the power of the Spirit is, for the first time, consciously felt.

Therefore we have:— 1. The Law of Repulse. Atma.

These higher spiritual laws reflect themselves in the three lower spiritual laws, finding their way into the lower consciousness via the egoic lotus and the antaskarana. This statement is the second basic postulate in connection with our study of this Law of Repulse, the first postulate being the earlier statement that unless there is a thread of light to act as a channel, that which this law conveys will remain unknown and unrealised. These six laws give us the key to the entire psychological problem of every human being, and there is no condition which is not produced by the conscious or unconscious reaction of man, to these basic influences—the natural and spiritual laws.

a. THE LAW OF REPULSE AND DESIRE The section with which we have now to deal will concern itself specifically with the major problem of humanity. We shall, however, touch upon it most briefly, and will deal particularly with the aspect of it which shifts from the problem as it concerns the aspirant to the problem of the disciple.

It has been this demand which indicated the soul’s need to incarnate and to function, for a needed period, under the Law of Rebirth. As the work of purification proceeds upon the Path of Purification, this demand for release becomes stronger and clearer, and when the man steps out upon the Path of Discipleship, then the Law of Repulse can, for the first time, begin to control his reactions. This takes place unconsciously at first, but it becomes more potent and more consciously appreciated as the disciple takes one initiation after another, with increasingly pointed understanding.

Such, briefly and inadequately stated, is the story of man as he searches for happiness, for joy and for bliss, or (expressing it in terms of realisation) as he progresses from the life of the instincts to that of the intellect, and then from that intellectual apprehension to the stage of illumination and final identification with reality, when he is henceforth freed from the Great Illusion. Two things determine the rapidity with which he can—upon the Path of Discipleship—bring the Law of Repulse into play. One is the quality of his motive.

The other is his willingness, at all costs, to be obedient to the light which is in him and around him. Service and obedience are the great methods of release, and constitute the underlying causes which will bring the Law of Repulse into play, thus aiding the aspirant to attain the longed-for liberation. Service releases him from his own thought life and self-determination.

The truth is, however, steadily emerging, and must inevitably triumph. Once the aspirant upon the Probationary Path has a vision of this (no matter how slight it may be), then the law of desire which has governed him for ages will slowly and surely give place to the Law of Repulse, which will, in time, free him from the thralldom of not-self. It will lead him to those discriminations and that dispassionate attitude which is the hallmark of the man who is on his way to liberation.

b. THE LAW OF REPULSE UPON THE PATHS OF DISCIPLESHIP AND INITIATION When the discriminating sense (the spiritual correspondence of the sense of smell, the last of the five senses to emerge in humanity) has been adequately developed in the aspirant, and he knows the pairs of opposites and has gained a vision of that which is neither of them, then he can pass on to the Path of Discipleship and enter upon the arduous task of cooperating with the spiritual laws, particularly with the Law of Repulse. At first, he hardly recognises the influence of this Law.

” This statement is relatively simple to grasp intellectually by the average occult student, but is utterly meaningless to the man of the world. The Law of Repulse is equally difficult of understanding by the disciple as he enters upon the Path. He has to learn to recognise its influence; then he must himself learn to do three things:— 1.

Such is the object set before all the students of the esoteric sciences at this time,—provided they desire it enough, and can train themselves to work selflessly for their fellow men. As they succeed in doing this and approximate ever more closely to that which is not the pairs of opposites (and thus achieve “the Central Way”), steadily the Law of Repulse begins to swing into operation. When the third initiation is taken, this law will begin to hold the dominant place in the ruling of the life.

One page given to each definition should suffice, if it embodies truly one’s highest thought. Students will realise that as they practice these four virtues, the prime characteristics of a disciple, they are thereby automatically calling into play the Law of Repulse, which, upon the Path of Initiation, brings revelation and realisation. The expression of this law upon the Path of Initiation is too advanced for those who are not yet versed in the basic discriminations, and who are still far from being dispassionate.

Having then discovered the fact of these pairs of opposites, the task of the disciple is to discover that which is neither of them. It is this central, intermediate way that is revealed to the initiate, through the working of the Law of Repulse which occultly enables him to “push with either hand, to a distance afar from his way, that which intrudes and veils the central way of light. For neither on the right nor on the left lies safety for the man who seeks that lighted way.

c. THE LAW OF REPULSE AND THE PILGRIM ON THE WAY OF LIFE We shall base our thoughts upon the words earlier quoted: “The Law of Repulse drives in seven directions, and forces all it thus contacts back to the bosom of the seven spiritual Fathers. ” We have come definitely to a consideration of the Way of Repulsion, governed by this law, which is the way or technique for each ray type.

Abstraction Pratyahara. Withdrawal from desire First ray force The Law of Repulse. The repudiation of desire 6 .

d. THE SEVEN DIRECTIONS OF THE LAW OF REPULSE It must be remembered that the Law of Repulse, which is the Law of the destroying Angels, works in seven directions; that it produces effects upon seven different types of beings and of men, and that by reason of its activity, it draws the prodigal son back to the Father’s home. It causes him to “arise and go.

Seek out your Bibles, and study this tale, and read for yourselves the pilgrim’s way. The effect of this Law of Repulse, as it works out in the world of discipleship and destroys that which hinders, sends the pilgrim hurrying back consciously along one of the seven rays that lead to the centre. This cannot be handled in detail here.

These laws have this effect only as they emerge in the consciousness of the man who is building the antaskarana and who is proceeding with the Science of Union. It is when the fourth Law of Repulse is beginning to produce its effects that the disciple becomes aware of the Angel with the Flaming Sword, Who stands before the portal of initiation. By this portent, he knows that he can now enter; but, this time, not as a poor blind candidate, but as an initiate in the mysteries of the world.