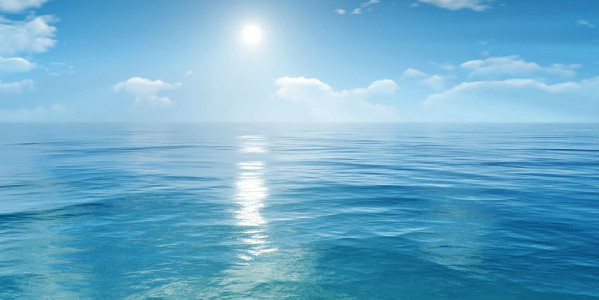 The activity of the second Logos is carried on under the cosmic Law of Attraction. The Law of Economy has for one of its branches a subsidiary Law of marked development called the Law of Repulsion. The cosmic Laws of Attraction and Economy are therefore the raison d’être (viewed from one angle) of the eternal repulsion that goes on as Spirit seeks ever to liberate itself from form.

Momentum, resulting therefore in repulsion, was produced by the rotary movement. We have referred to the Law of Repulsion as one of the subsidiary branches of the great Law of Economy, which governs matter. Repulsion is brought about by rotary action, and is the basis of that separation which prevents the contact of any atom with any other atom, which keeps the planets at fixed points in space and separated stably from each other; which keeps them at a certain distance from their systemic centre, and which likewise keeps the planes and subplanes from losing their material identity.

Repulsion is brought about by rotary action, and is the basis of that separation which prevents the contact of any atom with any other atom, which keeps the planets at fixed points in space and separated stably from each other; which keeps them at a certain distance from their systemic centre, and which likewise keeps the planes and subplanes from losing their material identity. Here we can see the beginning of that age-long duel between Spirit and matter, which is characteristic of manifestation, one aspect working under the Law of Attraction, and the other governed by the Law of Repulsion. From aeon to aeon the conflict goes on, with matter becoming less potent.

From aeon to aeon the conflict goes on, with matter becoming less potent. Gradually (so gradually as to seem negated when viewed from the physical plane) the attractive power of Spirit is weakening the resistance of matter till, at the close of the greater solar cycles, destruction (as it is called) will ensue, and the Law of Repulsion be overcome by the Law of Attraction. It is a destruction of form and not of matter itself, for matter is indestructible.

A Treatise on Cosmic Fire , DIVISION E – MOTION ON THE PHYSICAL AND ASTRAL PLANES – Part 1

The law of repulsion.

The Law of Repulsion, governs that relationship between atoms, which results in their non-attachment and in their complete freedom from each other; it also keeps them rotating at fixed points from the globe or sphere of opposite polarity.

A human being, similarly, holds (by means of his note) the atoms of the three bodies together, being to them as the central sun to the planets. Primarily, nevertheless, it may be posited that the Law of Attraction is the demonstration of the powers of Spirit, whilst the Law of Repulsion governs the form. Spirit attracts Spirit throughout the greater cycle.

The point to be grasped here is that the transmuting process, when effective, is superficially the result of outside factors. Basically it is the result of the inner positive nucleus of force or life reaching such a terrific rate of vibration, that it eventually scatters the electrons or negative points which compose its sphere of influence, and scatters them to such a distance that the Law of Repulsion dominates. They are then no more attracted to their original centre but seek another.

They are then no more attracted to their original centre but seek another. The atomic sphere, if I might so express it, dissipates, the electrons come under the Law of Repulsion, and the central essence escapes and seeks a new sphere, occultly understood. We must remember always that all within the solar system is dual, and is in itself both negative and positive: positive as regards its own form, but negative as regards its greater sphere.

A Treatise on Cosmic Fire , IV. THE FUTURE OF MANAS – Part 3

Law 4. The Law of Repulsion. This law concerns itself with the ability of an atom to throw off, or refuse to contact, any energy deemed inimical to group activity.

It is literally a law of service, but only comes consciously into play when the atom has established certain basic discriminations, and guides its activities through a knowledge of the laws of its own being. This law is not the same as the Law of Repulsion which is used in connection with the Law of Attraction between forms which have relation to the material. The laws we are now considering have relation to the psyche, or to the Vishnu aspect.

” Through repulsion, the units are driven home and the straying unconscious ones are forced towards their own centre. The Law of Repulsion, or the stream of energy for which it is but a name, can work from any centre, but as dealt with here, it must emanate from the heart if it is to bring about the necessary group work. Law 5.

Author Joseph J. Dewey had some interesting comments on the Law of Repulsion:

“He [DK] associates this law with the life force itself that animates us and to understand it is to understand our Source and origins. Since this great mystery is incomprehensible to our finite minds it is wise to focus on these three branches of which we can gleam some understanding. So far we have covered them all except for repulsion.”

“One might say that the laws of attraction and repulsion are the core ingredients of duality which form the basis of all creation. Attraction is associated with Spirit for spirit is attracted to spirit and repulsion is associated with matter. Matter is repelled from other matter. The life within the form, as an extension of spirit, slowly wakes up to an awareness of spirit and becomes attracted to it more than form. As the attraction increases spirit gives greater and more complex forms to matter making it more useful to life and spirit until in the end attraction and repulsion balance under the Law of Synthesis causing the disintegration of form and return to spirit.”

Law of Attraction (and Repulsion)