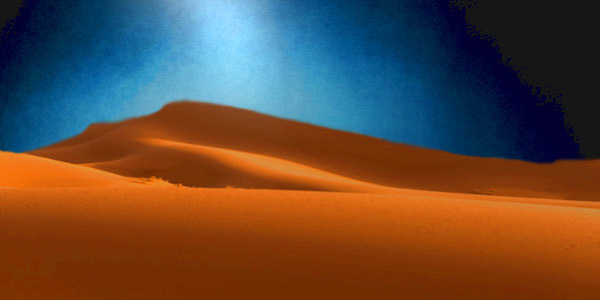 I have stated also that we are reaching a climaxing period in human history; in this period the Lords of Karma are unusually active; the Law of Cause and Effect is bringing the results of past activities, the subjective thinking and the secret impulses to the surface, and exacting penalty and the planned cleaning of the slate of human history. When He Whom all disciples serve was on Earth two thousand years ago, He said that secret things would be made plain; by this emergence of the good and of the bad into prominence, men will arrive at knowledge, at understanding, and will be forced to take those steps which will be needed to build a new and better world, based on the Law of Love and not on the Law of Separateness and hate. This is what is happening today.

The Externalisation Of The Hierarchy , SECTION THREE – FORCES BEHIND THE EVOLUTIONARY PROGRESS OF THE RACE – Part 6

Although AAB only mentions Law of Separateness once she mentions “separateness” quite a few times, for example:

“The New Age is upon us and we are witnessing the birth pangs of the new culture and the new civilisation. That which is old and undesirable must go and of these undesirable things, hatred and the spirit of separateness must be the first to disappear. The main objective of our joint work is still group integration and the setting up of that inter-communication between the group members which will result in the needed interplay and telepathic communication; this will finally establish that golden network of light which will serve to create a powerful focal point; this focal point will be the agent for the revitalisation spiritually of the etheric body of humanity—as a whole.” -Discipleship in the New Age, Vol. I

“The knowledge of the Hierarchy is also spreading over the earth; the facts anent discipleship and initiation are becoming common property; humanity has consequently moved onward into a greater measure of light. Good and evil stand out in clearer focus; light and dark are in a more brilliant juxtaposition; issues of right and wrong are appearing with cleared definition, and humanity as a whole sees the great problems of righteousness and love, of sin and separateness upon a worldwide scale. The old age and the coming new age, old rhythms of thought and new approaches to truth and consequent new and better ways of life are presented with clarity to the minds of men.” -Rays and The Initiations

“The Forces of Darkness are powerful energies, working to preserve that which is ancient and material; hence they are pre-eminently the forces of crystallisation, of form preservation, of the attractiveness of matter, and of the lure of that which is existent in the form life of the three worlds. They consequently block deliberately the inflow of that which is new and life-giving; they work to prevent the understanding of that which is of the New Age; they endeavour to preserve that which is familiar and old, to counteract the effects of the oncoming culture and civilisation, to bring blindness to the peoples and to feed steadily the existing fires of hate, of separateness, of criticism and of cruelty. These forces, as far as the intelligent peoples of the world are concerned, work insidiously and cloak their effort in fair words, leading even disciples to express hatred of persons and ideologies, fostering the hidden seeds of hatred found in many human beings.” -The Externalisation Of The Hierarchy