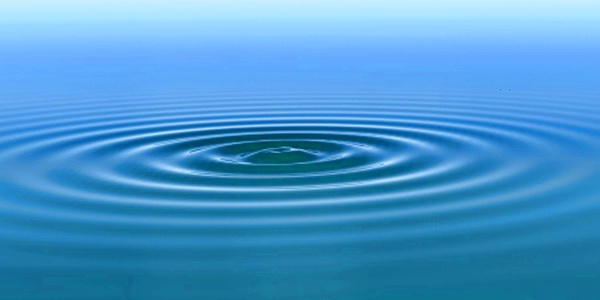 Fourth. A gradual grasp of the Law of Vibration as an aspect of the basic law of building; the initiate learns consciously to build, to manipulate thought matter for the perfecting of the plans of the Logos, to work in mental essence, and to apply the law of mental levels and thereby affect the physical plane. Motion originates cosmically on cosmic mental levels, and in the microcosm the same order will be seen.

A Treatise on Cosmic Fire , DIVISION E – MOTION ON THE PHYSICAL AND ASTRAL PLANES – Part 3

The law of vibration.

THE SUBSIDIARY LAWS The subsidiary laws under the Law of Economy are four in number, dealing with the lower quaternary: 1. The Law of Vibration, dealing with the key note or measure of the matter of each plane. By knowledge of this law the material of any plane in its seven divisions can be controlled.

Seven Systemic Laws.—Subsidiary to the three major laws, we find the seven laws of our solar system. Again we find the law of analogy elucidating, and the three becoming the seven as elsewhere in the logoic scheme. In each of these seven laws we find an interesting correlation with the seven planes. They are:

1. The Law of Vibration, the basis of manifestation, starting on the first plane. This is the atomic law of the system, in the same sense that on each of our planes the first subplane is the atomic plane.

A Treatise on Cosmic Fire , I. THOUGHT FORMS – Part 1

The Law of Vibration. –This is the law of the first plane, and it governs all the atomic subplanes of each plane.

The Sound grows in volume as time progresses, and when it has reached its full volume, when it is fully completed, it forms one of the notes in the major cosmic chord. Each note has six subtones, which, with the first, make the seven; the Law of Vibration, therefore, comprises eighteen lesser vibrations and three major, making the twenty-one of our three systems. Two multiplied by nine (2×9), makes the necessary eighteen, which is the key number of our love system.

They have need to do this, for they have lost ground to make up. The Law of Vibration is the law of progress, of movement and of rotation. On the seventh or lowest plane, the vibration is slow, clogged and lethargic from the standpoint of the first, and it is in learning to vibrate or to rotate more rapidly, that we mount the path of return.

The physical plane is the most concrete exemplification of the form side; it holds the divine life imprisoned or enmeshed at its densest point, and it works at this time in line with the seventh law. In a mysterious way this law is the reverse side of the first, or the Law of Vibration. It is Vulcan and Neptune in opposition, which is as yet an almost incomprehensible thing for us.

A Treatise on Cosmic Fire , I. THOUGHT FORMS – Part 2

His efforts must be self-induced, or the effect of his own self-conscious endeavour; they will meet with a response from his superconsciousness, the atmic aspect or Spirit and this dual interplay will be further aided by the Guardians of the Rites of Initiation. Yet all three effects are felt in spirit-matter; all proceed under the law of vibration, and this law is literally the response of deva substance to force emanating from some conscious or unconscious source. Fourth, these “devas of the shadows,” perform certain activities of an interesting and varied kind, but of such diversity as to make enumeration wellnigh impossible.

A Treatise on Cosmic Fire , 2. THE FIRE DEVAS THE GREATER BUILDERS. – Part 2

Some he will control and manipulate, with others he will co-operate, and others still he will obey. It is in the realisation of these facts anent deva substance, the power of sound, the law of vibration, and the ability to produce forms in conformity with law, that the true magician can be seen. Herein too lies one of the distinctions to be found between magicians of the Good Law, and those of the Left-hand Path.

A Treatise on Cosmic Fire , 4. THE FIRE ELEMENTALS, THE LESSER BUILDERS. – Part 2

Balance and poise must be restored before equilibrium can be reached. The law of vibration and the study of atomic substance are closely intertwined. When more is known about these atoms and their action, reaction and inter-action, then people will control their bodies scientifically, synchronizing the laws of vibration and of rhythm.

A Treatise on White Magic , THE WAY OF THE DISCIPLE

The sound of the AUM, the sound of the OM, and the SOUND itself, are all related to vibration and its differing and varied effects. The secret of the Law of Vibration is progressively revealed as people learn to sound forth the WORD in its three aspects. Students would do well to ponder on the distinction between the breath and the sound, between the process of breathing and the process of creating vibratory activity.

Esoteric Healing , CHAPTER I – The Psychological Causes of Disease – Part 5

These are: 1. The Law of Vibration, the atomic law of the solar system.

A gradual grasp of the law of vibration as an aspect of the basic law of building, the law of attraction, is brought about, and the initiate learns consciously to build, to manipulate thought matter for the perfecting of the plans of the Logos, to work in mental essence, and to apply the law on mental levels, and thereby affect the physical plane. Motion originates cosmically on cosmic levels, and in the microcosm the same will be seen.

Initiation, Human And Solar , CHAPTER XIII – THE RODS OF INITIATION

It is a very complex path, for it necessitates a capacity for the most intricate mathematics, and an ability to geometrise in a manner incomprehensible to our three-dimensional brains. This path is taken by the man to whom the law of vibration is of profound importance. He works first in the council chamber of the Lord of the World at Shamballa, manipulating the law of vibration on his own ray.

This path is taken by the man to whom the law of vibration is of profound importance. He works first in the council chamber of the Lord of the World at Shamballa, manipulating the law of vibration on his own ray. Later he will have his habitat on the planet corresponding to his own ray, and not on the earth unless he is on the ray of the Planetary Logos holding sway upon the earth.

Later, when the knowledge of occult healing is more familiar, and the laws which govern the subtle bodies are more known, physical plane science will be superseded by the preventive science of the subtler planes, that science which aims at the provision of right conditions and the building of bodies that are both self-protecting and neutral to all attack. It will he found that the comprehension of the law of vibration, and the effect of one vibration upon another vibration holds the key to the establishing of better conditions of living, and of sound bodies on all planes. But as things are now, disease, corruption of different kinds and trouble in all the bodies is everywhere contacted, and when conditions are thus recognised, means of aiding must be earnestly sought.

A number of people who know somewhat the rudiments of the law of vibration, and can definitely, by the power of thought, apply certain waves of colour to effect certain cures, and bring about, through scientific comprehension, the desired results.

All this must be studied. Experiments can be made along the line of vitalisation and magnetisation, which involve direct action on the etheric, and this again will be found hid in the law of vibrationand of colour. Later.

They will approach a point of synthesis, and the Probationary Path will then be trodden. The Law of Vibration will gradually, therefore, be more and more understood, and be seen to govern action in all of the three departments of the Manu, the World Teacher and the Mahachohan. It will find its basic expression and its familiar terminology in those of colour and sound.

Letters On Occult Meditation , LETTER VII – THE USE OF COLOUR AND SOUND – Part 2

and the SOUND itself are all related to vibration and to its differing and varied effects. The secret of the Law of Vibration is progressively revealed as people learn to sound forth the Word in its three aspects. Students would also do well to ponder on the distinction between the breath and the Sound, between the process of breathing and of creating directed vibratory activity.

Rays and The Initiations , RULE TWO

There are seven systemic laws, which govern the manifestation of our solar Logos: a. The Law of Vibration.

This sutra gives the clue to the work of the magician and is the basis for the great science of mantras or of words of power which are the equipment of every adept.

Through an understanding of,

a. The law of vibration,

b. The science of sound,

c. The purpose of evolution,

e. The nature of form,

Useful purpose. When the relation of the five senses to the five elements is understood, and the Law of Vibration is studied and mastered, the adept can then turn to useful purposes all the powers of his nature. He not only can enter into communication with all parts of our planetary system but can also use discriminatingly and wisely all those parts of his own nature which are allied to, or correspondences of the nature of God as shown in the macrocosm.

The Light Of The Soul , BOOK III. – UNION ACHIEVED AND ITS RESULTS – Part 5

” The other translators omit the final three words, though the inference is clear. The expression “the sounding of the Word” must not be too literally interpreted; the esoteric “sounding forth” is based upon a study of the Law of Vibration, and the gradual tuning of the lower vibrations of the sheaths or vestures of consciousness so that they synchronise with the note or sound of the conscious indweller. Speaking correctly, the Word is to be sounded by the soul or the ego on its own plane, and the vibration will subsequently affect the various bodies or vehicles which house that soul.